Oh March, how much I love you. Spring starts showing up slowly, temperatures start to rise, the sun comes out more often and it’s time for Women’s Day. If you follow me on social media or know me in real life, you’ll not be shocked by my undying love for this special day. After all, I’m a proud intersectional feminist, so of course I’ll love a day dedicated to the fights for Feminism, both past and current.

By the way, this post will stray from my usual content: books. If you’d like to skip this one out, go ahead, I’ll be back posting about books soon. 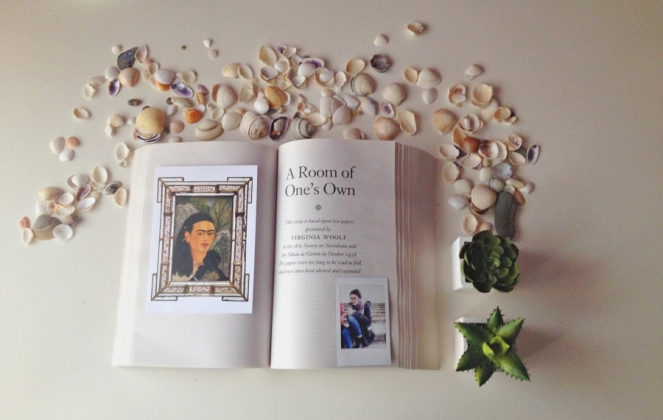 1. A reminder of the past for women like me:

If there’s one day of the year when I feel especially grateful for what I can have in the present, it would have to be today. International Women’s Day is a great reminder of how things were for us women in the past and how far we’ve come.

I remember learning in History class that a hundred years ago, virtually no woman in the world was allowed to vote. It shocked me how this had ever been the norm, after all I’d grown up in a democracy where my mom went to the polling station every two years to cast in a ballot. It dawned on me that the right to have a say in what is legislated is incredibly recent to women, even in the most developed countries! Since then, I hold an extremely special respect for every Suffragette who fought for the essential right to the vote. #VotesforWomen.

Around the same time I found out about this abhorrent piece of information, I learned that in my country, just forty-five years ago, a woman couldn’t work without her husbands consent and, even if she had his approval, she would not be allowed to hold certain titles. We’re talking about a little under half a century, people! And I live in a European country, for crying out loud!

2. A reminder of the past for women who don’t look like me, and lessons on how to deal with their narratives:

In 2015 I was introduced to intersectional feminism and was completely taken aback by what it all meant. When the sixteen-year-old me thought about feminism, the images that came to mind were of white feminists like the suffragette and of the 1960s sexually empowering movement. Because I was so engrained in the white perspective of history, I completely dismissed more than half of the female population in the world, and it’s something I’m not proud of!

Since then, I’m glad to say that I’ve educated myself in intersectional feminism, and can now say that white feminism is only a very small part of what the fight for equal rights is supposed to be. There have been so many more important figures in this movement’s history to be respected and acknowledges. We, females, are complex because we’re human beings, and it’s about time we praise that. Women come in all colors, shapes, and sizes. We are all the colors of the spectrum between white and black. We are tall and small and everything in between. We are size 18s and size 10s and size 6s. We are atheists, and agnostic, and Christian, and Jewish, and Muslim, and Hindus, and Buddhists, and Pagan and so much more. We identify with the gender assigned to us at birth. And we don’t identify with the gender asigned to us at birth. There are so many female narratives out there different from mine but the key thing here is to listen.

3. An incentive to keep up our fight:

Even though we’ve come a long way, we’re still nowhere near gender equality. The glass ceiling remains intact in many fields, even though there are thousands of qualified women in said fields. Men continue to make up most of the CEO positions in the world, to direct most tv shows and movies, to pass laws that regulate women’s rights to their own bodies, sexual violence against women is too high to be acceptable, violence among trans-women is absurdly high, to name a few. And that’s disregarding the fact that in many countries women still don’t have the right to vote, abortion is illegal, women can’t drive or work outside of their homes, female genitalia mutilation is still practiced, among other basic human rights violations.

We still have a lot of fights in front of us, and although it is exhausting to actively try to change “the system”, we must persevere. Let us be the women who change the world that the following generations praise and learn about in History class.

Thank you for reading, and happy International Women’s Day!

3 thoughts on “What Women’s Day Means to Me”