The upside of being a part of the book-loving community is being up to speed with the latest literary news. The latest releases are included in this, obviously. However, the downside is adding way too many books to the “to-be-read” shelf, more than I have the time for.

Every year I add around 160 books to this shelf on Goodreads. But because I get excited very easily, some of them I end up not wanting to read at all until eventually I forget about them. The books I included in this list are an exception — I added these books to my “to-be-read” shelf in 2016 and I intend to read them in 2017.

I just hope that around this time next year I’ll be able to say that I’ve completed this challenge I set myself. But without further ado, let’s move onto my top twelve books I want to read in 2017 that I didn’t get a chance to read in 2016. Phfew, that was long!

Quick note: Because there are a lot of books in this list, I decided to not go into too great detail about the plot. However, clicking on the book’s title will lead you to the Goodreads page of said book. 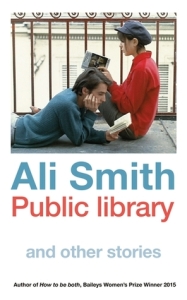 Ali Smith and I have a perfect relationship when it comes to her short stories. I always love and speed through them, they are the perfect summer read. I expect this collection to be no different.

Like the title points to, these stories focus on reading, libraries and books, as both a physical and metaphorical object. I mean, what’s not to love, right?

Set in 19th century England, two different magicians emerge to change England’s history, while the Napoleonic Wars are raging in Europe. While most people belive that magic in England is dead, Mr. Norrell comes forward and proves them wrong, becoming a celebrity overnight and taking under his wing a young talented magician, Jonathan Strange. However, Strange is slowly attracted to the darkest forms of magic forcing Norrell to take action.

When Claire (over at readingbukowski on YouTube) mentioned this in one of her videos I ran out the door to buy it. I only understood how long it was when I held it and felt like I was holding a brick — it’s 1100 pages long! There’s nothing I love more during school break than a longer-than-life book. Exciting!

3. The Butcher’s Hook by Janet Ellis

Set in Georgian London in the summer of 1763, Anne Jaccob is coming of age as the daughter of a wealthy merchant when she’s taken advantage of by her tutor and promised as a wife to a wealthy man by her family. After these events she realizes just how powerless and voiceless she is in this society, until she meets the butcher’s son and decides to take control of her own fate.

Jen Campbell mentioned this novel in one of her videos and said it was one of her favorites. Because I love the books she usually raves about, I went and added it onto my TBR shelf. Also, it’s set in 18th century London, I would obviously be attracted to it.

I’ll admit that I don’t know much about this book. For what I’ve gathered from a (very) confusing synopsis on Goodreads, Yelena becomes a food-taster for the high-status royals after being sentenced to death and then starts plotting something to protect or take down someone.

Despite not understanding what the plot is, I’m really excited for one simple reason: I love court dramas. Also it has splendid reviews written by my Goodreads friends, so… Can’t be too bad, can it?

5. A Court of Thorns And Roses by Sarah J. Maas

Again, this is another one that has a confusing description on Goodreads but it involves monster-like creatures, magic, legends and — supposedly — a strong female main character. It’s set in a fictional world and I’ve read that it’s loosely based on The Beauty and The Beast. That was only one of my favorite Disney movies, ever.

I can’t wait to read this book and finally jump on the bandwagon. Seriously, everyone and their mother has read this book. Also, the third book in this series is coming out in May 2017 so it’s a good time to get to it!

6. The House of the Spirits by Isabel Allende

In this novel the story of three generations on the Trueba family is told by one of the most influential novelists in the world. It follows the lives of Esteban and his wife Clara, their daughter Blanca and her daughter, Alba.

If you know me, you’ll know that I love magical realism and South American literature is bursting at the seams with it — if you know where to look for it. You’ll also know that I love Isabel Allende and the way she creates such lively and dynamic characters. Given that this book is entirely dedicated to a family, I think it’ll satisfy that sweet-tooth I have for well written characters. It’s also one of the most famous books in world literature, so, you know, no biggie…

Okay, so this one isn’t a book. I won’t deny it, Neil Gaiman delivered this speech at Philadelphia’s University of the Arts and since then it’s been praised as highly inspiring and a great read for anyone who wants to create something in the future.

I’m at a stage in my life where I feel very inclined to create — through writing, as you might have imagined –, while at the same time trying to overcome my shyness for sharing it and deciding whether or not to study something related to it in university. I hope that after reading this I’ll have a new relationship with creativity. Fingers crossed!

This is the continuation of Kvothe’s epic saga started in the first book of the series, The Name of The Wind. Because this is a sequel, I won’t get into much detail about it, however you can read up on the plot of the first book here (just scroll down to the Hits section) as well as my opinions. It’s spoiler-free, I promise.

I’m really excited to read this one during the summer, I feel like it will be an amazing companion for lazy hot days. Because I loved the first one so much, I hope to love this one just as much.

9. Names for The Sea: Strangers in Iceland by Sarah Moss 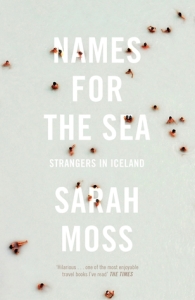 In this non-fiction book the novelist Sarah Moss writes about her experience of what life is like in Iceland. She moved there after applying on a whim for a position at the University of Iceland and relocated with her two young children. Her experience in Iceland was shaped by the economic collapse of 2009 and the eruption of Eyjafjallajökull. Moss also presents to the reader a wide variety of characters through which she tells the everyday life in Iceland — from a poet who saw the fall of the only bombs in 1943 to a woman who speaks to elves.

I’m very curious about Iceland, it’s mainly fueled by how cold and different the landscape is compared to the south of Europe. I also can’t quite fit into my mind how only 300,000 people live in this country. Oh, and what about the Northern Lights? There’s so much more I want to know and I hope that by reading this my curiosity grows even deeper.

10. Anything by Chimamanda Ngozi Adichie (Purple Hibiscus; The Thing Around Your Neck; Half of a Yellow Sun)

Adichie has to be one of the best writers I have read in a long long time. From the moment I finished Americanah (also by her) I was in love, and then I heard her speech at a TEDx talk about feminism and Nigeria. It blew my mind (it still does) and only made me want to read her other published works. No more explanations needed, right?

11. A Tree Grows In Brooklyn by Betty Smith

Francie Nolan is coming of age at the turn of the century (19th to 20th centuries) in the slums of Williamsburg. She’s young, sensitive and idealistic and the reader gets to experience her bittersweet youth, alongside her family’s daily struggle.

When I was in New York just last December in the 5th Avenue’s Barnes & Nobles I saw this peering from the “American Classic” section. Because I love buying books that have a connection with the place I’m in, I took this off the shelf and headed for the cashier’s desk. I have read quotes from this novel — there are plenty of them floating around on Goodreads — and if the book is half as good, I can say that I’ll be satisfied.

12. I Know Why The Caged Bird Sings by Maya Angelou

I think everyone knows who Maya Angelou is or, at the very least, know some poem of hers. This was how I found out about her — through poetry. Since I started researching about her and learned just how important to both the Civil Rights movement and Feminist ideology she was that I wanted to read her autobiography. This is the first one in a series, as it covers her childhood in the Southern states, mentioning the racism and sexual assault she went through during her youth.

I can’t tell you how excited I am to read this memoir and, eventually, read more of her poetry and other published works.

AND, that’s my list! Phfeww, that was a long post, I hope you enjoyed my selection. If there’s any book featured here that you love or want to read in 2017, do let me know in the comments down below. Also, if you’ve done a post like this, I want to read it. ☺️ Happy readings!