This is my f

irst post and I’m really excited to be finally launching this project I’ve been meaning to start for quite a long time now. I wanted to do something more original than a tag but since the year isn’t over yet, that will have to hold off for two more weeks. But, anyway, let’s get on with the tag.
I first started reading in English when I found out about BookTube. That was also the time when I rediscovered my passion for literature which I had neglected for three years, give or take. I started using Goodreads during that time to keep up with what I’d read and what I wanted to read next. I still have the same account, meaning you can still read the reviews I wrote as a fourteen year-old girl who was in love with Young Adult. Because it represents such a big part of who I am today, I decided to answer some Goodreads related questions.

Question 1) What was the last book you marked as ‘read’? 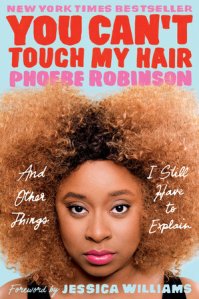 The last book I marked as ‘read’ is also the last book I’ve finished. It is You Can’t Touch My Hair – and other things I still have to explain written by 31 year-old African American comedian Phoebe Robinson.

In this memoir, Phoebe Robinson guides the reader by the hand through multiple incidents that happen almost everyday to a black person in today’s America, from the oh-so-common “Can I touch your hair?” to police violence and the roles available for black actors in Hollywood movies. It’s a rather short book but the author can pack so much into it without leaving the reader feeling burdened and depressed, despite the dark and shameful topics discussed. What makes the book even more enjoyable for the reader is the constant use of light humor and references to pop-culture. Robinson is a truly exciting and fascinating person with some very valuable insights into everyday life.

I was in a bookshop in Newark Airport waiting for my flight home when I picked this book up, despite never having heard other people talking about it. The cover definitely caught my eye on the shelf and after three seconds of ponderation I decided to buy it and I’m really glad I made that decision.

Question 2) What are you currently reading?

If you are to know something about me it would have to be that I am terrible at sticking to one book at a time. I get bored rather easily and hate feeling like I’m wasting time on a book, at the same time I hate leaving books unfinished behind without feeling them haunting me. That being said, I am currently reading, according to Goodreads, four books at the moment, even though I’m only actively reading two of them. 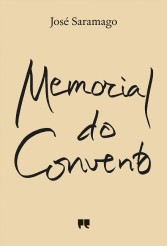 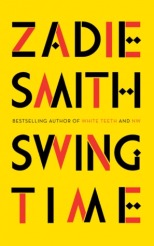 The first book shown above, Memorial do Convento or, in the English version, Bathazar and Blimunda, written by José Saramago, is the only Nobel winning Portuguese piece of literature and it’s part of every Portuguese school’s curriculum for the last year of high school, which is why I’m reading it. It’s set in Lisbon and Mafra, a small village near the capital, in the 18th century during the construction of Convent of Mafra and it follows the lives of the people involved among them the characters who lend their names to the English version of the book’s title – Balthazar, a one-handed man working in construction, Blimunda, a woman who has the ability to see people’s wills. It is written in a stream of consciousness which helps explain why I’ve been reading it since July 2016. However, it is a very good and interesting read.

The second book shown above is The Final Empire, written by Brandon Sanderson. It’s a fantasy book which is very popular among fantasy-lovers’ bookshelves. I have around 200 pages of it (it’s 670 pages long) and from what I can recall I am really enjoying it so far, even though the world is slowly being developed, as well as the main characters. I do intend on getting back to it, but I’m not in the mood for a fantasy read at the moment so I will probably save it for much later.

The third book, The Nest, written by Cynthia D’Aprix Sweeney is one of the ones I’m actively reading, or listening to, I should say. I downloaded it with my free Audible credits to listen to on my way back and forth Christmas events with my family. I have probably 5 hours of car rides and because most of them will be made in the dark I can’t really read. I am only on chapter eight so far so I can’t really say a lot about the plot, only that it feels like a soap opera in the best way possible, a guilty pleasure if you will.

The last book I’m actively reading is Swing Time by Zadie Smith. It follows the story of two brown girls in England (London if I’m not mistaken) and takes a look at their relationship during their childhoods and where they are in their twenties. I don’t have much to say about it yet other than the writing style Smith uses is… odd. I can’t quite put my finger on it but I’m not certain I actually like the voice of the narrator.

Question 3) What was the last book you marked as ‘to be read’?

The last book I marked as ‘to be read’ was The careful undressing of love, written by Corey Ann Haydu and is going to be published on January 31st 2017.

I don’t know a lot about this book other than its Goodreads synopsis, but from the moment I read in a friend’s review that it had the same undertones as The Strange and Beautiful Sorrows of Ava Lavander (which is one of my favorite books), I knew I had to give it a go. I don’t know when I’ll be able to get my hands on this one other but I’m very excited to read it.

Question 4) What book do you plan to read next?

I plan on reading The Sellout by Paul Beatty. This one doesn’t need a lot of words to describe it, given that it won the 2016 Man Booker Prize.

The book follows a young man born and raised in a ghetto on the southern outskirts of Los Angeles through a series of mishaps that lead him to being under the spotlight for a race trial in the Supreme Court of the United States of America. The main character’s father has led pioneering work that is said to be the solution to their family’s financial worries but can never see the plan through because he is killed during a police shoot-out.

I’ll only get to this one in the beginning of 2017, ticking at least one of my 2017 reading goals (to be posted) but I’ll most definitely post a review once I’ve gotten around to it.

Question 5) Do you use the star rating system?

Yes! Typically 1-star means “Hated it, get it away from me”, 2-stars means “It was very bad, but I can live with it”, 3-stars “Enjoyed it, could be much better, though”, 4-stars “Very good, would recommend” and 5-stars “Amazing read, highlight of the year”.

Question 6) Are you doing a 2017 reading challenge?

Yes yes yes yes yes! I’ll post a blog entry when 2016 comes to a close setting a number of reading challenges and goals for 2017.

Question 7) Do you have a wishlist? No.

Question 8) What book do you plan on buying next?

Because it’s almost Christmas I have already bought/received all the books I was dying to buy/get, so there’s not a book I am very eager to get. Also, all the books I really want to read are new releases and I’m not ready to pay 20 something euros for a copy.

(this book is for those who know this to be true)”

“We cross our bridges when we come to them and burn them behind us, with nothing to show for our progress except a memory of the smell of smoke, and a presumption that once our eyes watered.” – Tom Stoppard, Rosencrantz and Guildenstern are Dead

Question 10) Who are your favorite authors?

I love Ali Smith’s short stories, I’ve read several of her collections and they are by far the ones I love the most in that genre. I also really like Chimamanda Ngozi Adichie despite only having read two of her works. Where poetry is concerned I fell in love back in October with Fernando Pessoa and every heteronym I’ve read; meanwhile, e. e. cummings is a long time favorite.

Question 11) Have you joined any groups?

I have, and it was a very big mistake because I keep getting notifications that I can’t turn off for threads I don’t care for…

Question 12) How many shelves do you have on Goodreads?

I have 18 shelves but because of sheer laziness I never actually organize my 700 books marked as ‘to be read’ into them. Wow, what an amazing way to conclude this tag…

Well, that’s the Goodreads tag. I couldn’t find out who created this tag so if you have any information, leave me a message and I’ll credit this as soon as I can. Also, if you decide to do this tag, please send me a message so I too can find out a little more about your Goodreads page!